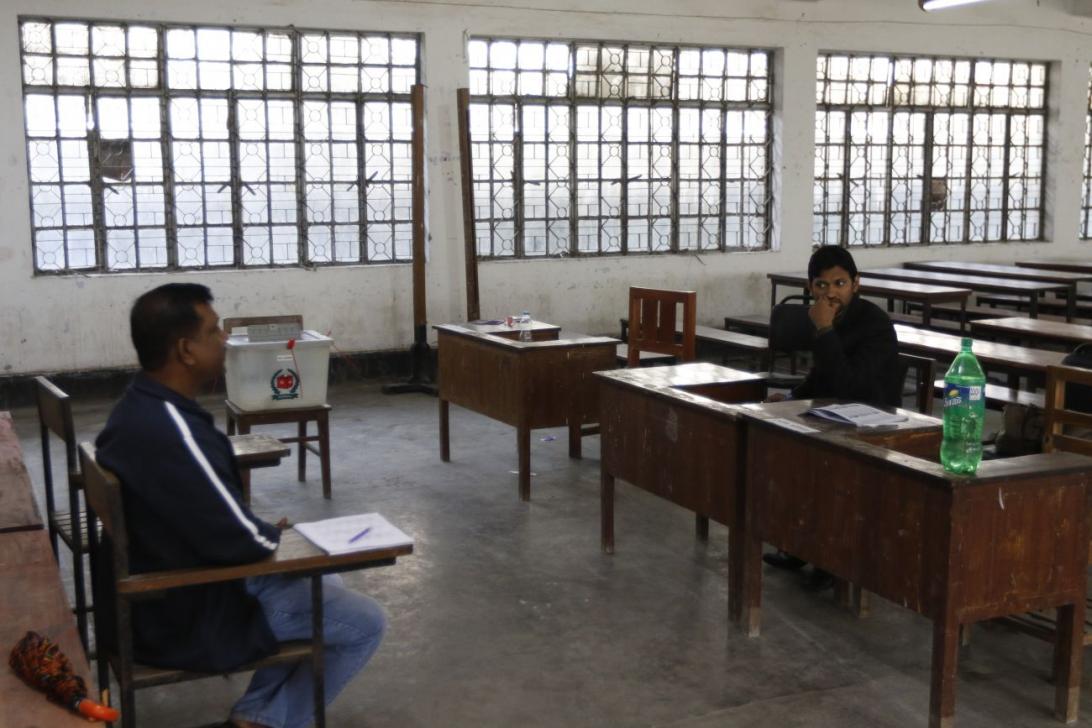 Oscar Wilde wrote in his 1889 essay “The Decay of Lying” that, “Life imitates Art far more than Art imitates Life.” Little did he know that a century and a few decades later his words would be true in the most literal sense. The events around us often seem so dramatic that we ask: Is it true? On the other hand, perceptive authors of creative genres such as novelists and poets, foresee what could be a reality. George Orwell’s novel 1984, although an imitation of life under totalitarian regimes, particularly the then Soviet Union, has now become true in various countries all around the world. The notion that the ministry which deals with war and defence can be named Ministry of Peace, the ministry in charge of rationing and starvation can be called the Ministry of Plenty, the Ministry of Love will oversee torture and brainwashing and the Ministry of Truth will be engaged in propaganda under the guise of news, entertainment, education and art, do not seem very outlandish any longer. They might not be named as such, but many are acting in similar ways. The essence of these labels is that official narratives are just the opposite of the reality on the ground. In recent years, it has assumed a new name: alternative facts.

The term alternative facts entered the public discourse in January 2017 after US President Donald Trump’s Counsellor Kellyanne Conway used it to defend a blatant falsehood about the size of the crowd at Trump’s inauguration. But this Orwellian term is far from a slip of tongue or a matter of interpretation of facts; it is a political stance about truthfulness and creating an impression that truth is of little significance. Extensive discussions about “alternative facts” in the past two years in media and academia have clearly underscored that “alternative facts” is not only absence of truth or simple falsehood, but instead a tool of those who shun democracy and steps toward authoritarianism. Kellyanne Conway’s statement was an early sign of the trajectory of the Trump administration as anyone in the US now can testify. But unfortunately, the Trump administration does not have the sole monopoly over constructing “alternative truths”—there are others who are equally apt in this regard.

Official narrative about the Dhaka North City Corporation (DNCC) election held on Thursday, is the latest example in this regard. The news and accompanied picture that the state television BTV crew had created fake ques of voters in front of a polling station during election to show the presence of voters in a live report was nothing short of a blatant effort to create “alternative facts”. As the state television, it was BTV’s responsibility to produce the narrative that it was a successful election. But truth be told, the DNCC election, boycotted by all major opposition parties, drew little attention of the voters. The result was a foregone conclusion: the ruling party’s candidate will win big. The voters didn’t bother to show up and it became evident from the early morning. Polling officials were seen napping at some centres, according to media reports. Yet, the Home Minister claimed during the day that “voters are teeming at polling centres,” and “it is false that the voters have lost their enthusiasm for the polls”. The Chief Election Commissioner (CEC), somewhat acknowledging the low turnout, shrugged off any responsibilities saying, the commission cannot take responsibility for low voter turnout; instead he laid the blame squarely on the feet of the political parties. However, at the end of the day, the Election Commission Secretary estimated a 50 percent turnout. The pictures and reports through the day do not add up to such a high percentage. EC’s account of votes secured by candidates, especially the ruling party candidate Atiqul Islam, provides an impression that at least one-third of voters cast their votes.

The non-existence of enthusiasm about the election and then a low turnout clearly sends a message of no confidence on the current arrangements of elections. The voters voted by their feet, we can assume. Interestingly, the scenario seemed very much like the Nobel Laureate Jose Saramago’s novel Seeing, sequel to his famous novel, Blindness. The novel is set in the city which had experienced a mass epidemic of blindness four years ago. All except one citizen became blind. The novel starts with the election day in the capital, it was a rainy day—pretty much like Dhaka on Thursday, and in the morning no voters show up—none. That made the elections officials and politicians jittery and suspicious of the situation. The rain stopped at three o’clock in the afternoon, voters showed up at four o’clock “as if they had been ordered to do so”. When it came down to counting the ballots, election officials found 70 percent were blank. It triggered a panic and a new election in four days was announced. The next Election Day was bright and sunny, and the voters turned out from the early morning. When time came to count the ballot—the result was astounding—83 percent blank. Subsequently, a state of emergency was declared, and the president proposed to build a wall around the city to contain the revolution, but eventually left the city.

The weather followed by an unusual way of making their antipathy known were the uncanny similarities between Saramago’s novel and what happened in Dhaka on Thursday. The absence of voters is as much a protest as is in case of the characters of Seeing: “the simple right not to follow any consensually established opinion.” Silence is not always a consent. Terrence Rafferty, in her review of the book in The New York Times, pointed out that Saramago turned repression into farce. Interestingly, the title of Rafferty’s review was “Every Nonvote Counts” (The New York Times, April 9, 2006). Those in charge of elections and in power should understand in earnest that the message is clear.

In following the DNCC election, it appeared to me that Saramago’s perceptive novel has come to life, or as Oscar Wilde wrote: Life imitates Art.