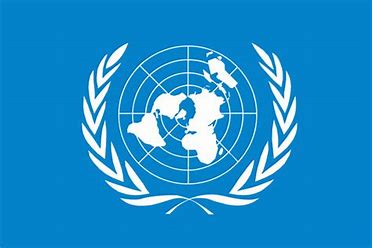 The importance of the members of the United Nations Security Council’s (UNSC) visit to Bangladesh and Myanmar regarding the Rohingya crisis cannot be overstated. The delegation team, comprised of representatives of all member states, will be in Myanmar after visiting Bangladesh. The trip and subsequent actions of the UNSC are likely to decide the fate of the 700,000 refugees who have fled Myanmar since last August. It will also serve as a test of the UNSC’s ability to address the worst humanitarian crisis of recent times and stand against a blatant act of genocide.

The visit, in some ways, has already been quite late due to the denial of the Myanmar government. The UNSC proposed a visit in February but the Myanmar government rejected the request saying it was “not the right time.” Nevertheless, we can take solace in the old adage “it is better late than never.”

“Crucial” is an understatement to describe the trip because there’s a lot riding on it and the reactions of the UNSC members. Unfortunately, to date, the United Nations, particularly the UNSC, has not been able to play an effective role, thanks to the unqualified support of China and Russia in the UNSC to Myanmar. Since issuing a strong statement in November last year, the Council has not taken any concrete steps. How far this trip will be able to change the UNSC’s role is an open question because neither China nor Russia has indicated any shift in their position. What roles other UNSC members would play in the UN after their return may well be decided in the coming weeks.

More than six months have passed since the military operation was conducted which engendered the latest round of the refugee crisis. It is now well-documented that the claim of the Myanmar government that it only targeted the militants is far from the truth. The operation was a part of the longstanding ethnic cleansing policy of the Myanmar military with the support of its political leadership and a large segment of Buddhist nationalists within society. The process to drive out the Rohingyas began a long time ago and perhaps has succeeded in its entirety. According to an excellent study on the refugees by Kazi Fahmida Farzana (Memories of Burmese Rohingya Refugees: Contested Identity and Belonging) published in 2017, there were about “two million Rohingyas in Myanmar/Burma, approximately 800,000 of whom live in the northern Rakhine (previously Arakan) state. About half a million have migrated to other parts of the world. An estimated 328,500 were living in Bangladesh, as documented and undocumented refugees” at the time of writing this book (page 2). Of those estimated 800,000 Rohingyas in the Rakhine state, at least 700,000 have now been forced out. There couldn’t be more compelling evidence to a planned ethnic cleansing.

Although British Ambassador Karen Pierce commented ahead of the trip that it was “incredibly important” for the Council to see the situation on the ground, how far they will be able to see and what they will see is not clear. The Myanmar government had enough time to hide, if not eliminate, the evidence of genocide. Recent pictures of the area show that the landscape has also changed. According to sources in Myanmar, the government has agreed to the UNSC visit because it will alleviate international criticisms. The Irrawaddy has reported that, “the Security Council delegation was invited to Myanmar as China and Russia advised Myanmar to do so.” This suggests a PR ploy rather than a sincere effort to work with the UNSC to address the refugee crisis, let alone acknowledge the larger issue of citizenship of the Rohingyas. As such, Myanmar’s plan seems to push the issue to oblivion.

Bangladesh has a higher stake in the UNSC visit than Myanmar. It is incumbent on Bangladesh to convince the members to break the cycle of inaction while Myanmar will be happy with the status quo. Whether Bangladesh has succeeded in swaying the UNSC members will become obvious in the coming weeks. Since the crisis began, Bangladesh’s diplomatic efforts have been more reactive than proactive. Bangladesh has to provide strong and unassailable evidence backed up by documents to make its case. Indeed, the very presence of 700,000 refugees and their narratives of traumatic experience of terror and violence are strong evidence of persecution and well-designed ethnic cleansing, but thus far these have not persuaded the UNSC members to act robustly.

This may turn out to be the most important opportunity for Bangladesh to internationalise the refugee crisis. Without a concerted and coordinated international effort to compel Myanmar to take back the refugees with dignity and safety, Rohingya refugees may end up in Bangladesh forever and Myanmar may succeed in pushing the issue off the international agenda. The bilateral agreement between Myanmar and Bangladesh has proved to be an ineffectual instrument for repatriation and has largely helped Myanmar. Prime Minister Sheikh Hasina has repeatedly called upon the international community for putting continued pressure on Myanmar for the safe return of Rohingya refugees, but Bangladesh has stopped short of internationalising the issue which the PM indicated in her proposal to the UN General Assembly speech on September 22. Bangladesh’s efforts cannot be limited to providing information and presenting arguments to the UNSC members at Dhaka but must continue to pursue with new vigour in the UNHQ and other capitals. It is not clear what Bangladesh has done to sway China and Russia.

The failure of the UNSC in past months to act on the issue is deplorable. Its members have to find ways to go around the threats of vetoes and act. Rohingyas can’t wait, neither can Bangladesh, for an indefinite period. It is positive news that UN Secretary-General Antonio Guterres has succeeded in appointing a special envoy to Myanmar, Christine Schraner Burgener, Switzerland’s ambassador to Germany. It is equally important to note that the US government is investigating atrocities against Rohingyas which could be used to build a case at the International Criminal Court against Burmese officials. The Human Rights Watch called on Friday (April 27) for Myanmar’s Rohingya crisis to be referred to the International Criminal Court.

All this indicates that the plight of Rohingyas has not been completely forgotten but we always witness a “compassion fatigue” among international actors. As such, if this trip is not followed up with actions, it would be a shame for the UNSC and devastating for almost a million ill-fated refugees.