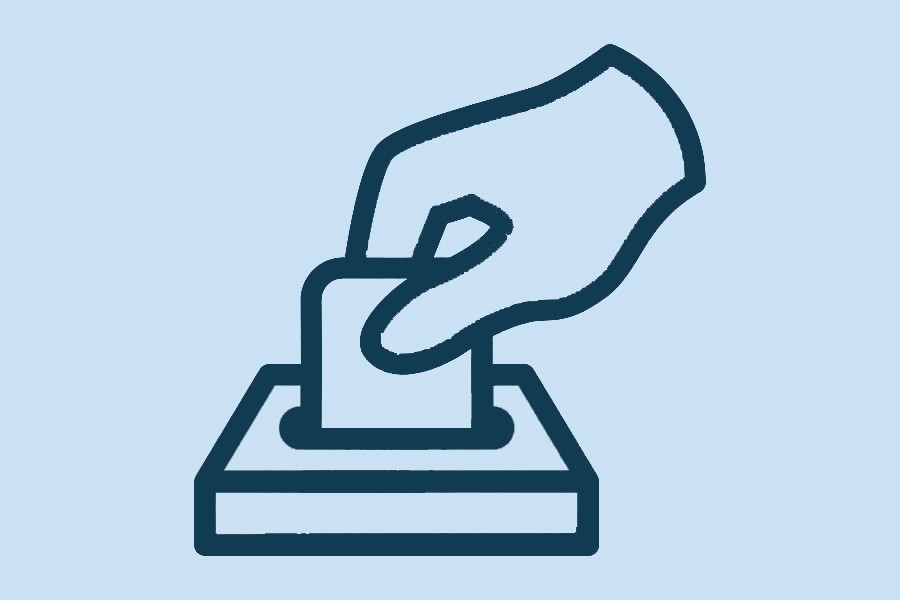 Barring any dramatic shift in the current political situation or unforeseen circumstances, the 11th parliamentary elections are to be held no later than January 28, 2019. It is against this background that the final session of the 10th parliament has commenced on Sunday.

The proviso of Article 123(3)(b) of the Constitution, which determined the possible time of the election before January 28, 2019, also stipulates that if the current parliament is dissolved prior to the completion of its term, there will be a window of 90 days to hold the next election after dissolution. This option is entirely within the purview of the president, as he has the power to dissolve the parliament, but only if the prime minister so desires because the Bangladesh Constitution requires that the president can only act at the advice of the prime minister. Consequently, this is a matter of the prime minister’s wish. There is neither an indication from the prime minister nor is there a compelling situation, as of now, for such a development. Yet, normatively speaking, the government has until January 27 to take such a step, if it intends to do so.

The current session of the parliament might address issues such as the introduction of Electronic Voting Machines (EVMs) which will have implications for the forthcoming election, but there is little possibility that it will deal with the political crisis which is at the centre of prevailing uncertainty and anxiety among the citizens.

The demands of the opposition parties, irrespective of their ideological persuasions, that the parliament be dissolved prior to the announcement of the election schedule and that a neutral election-time government be formed through discussions with political parties to oversee the election, have been rejected by the ruling Awami League on the grounds of the demands being “unconstitutional”. One can hardly forget how it had become “unconstitutional”. But leaving history aside, it is obvious that despite differences among the opposition on various matters, a de facto consensus has emerged on these demands. Prime Minister Sheikh Hasina and the leaders of the AL-led alliance have reiterated their firm position regarding negotiations with the opposition.

Although these developments, especially the diametrically opposed positions of the ruling party and the opposition, are not entirely new, they have gained urgency as the election is imminent. Growing polarisation and the attitude of the ruling party have added to the concerns of the citizens: Will there be an election? Which parties will participate? Will it be a repeat of 2014? Will voters be able to cast their votes? The anxiety is real, yet the ruling party is not even recognising it.

The government’s actions in recent days, particularly towards the newly formed Jatiya Oikyafront led by Kamal Hossain, are sending the message that it is not only unwilling to create a level playing field but instead would create as many hindrances as possible for all opposition parties prior to the election, particularly those which might pose a formidable challenge. While the prime minister, the leaders of the ruling party and its allies have commenced an “election campaign”, the new alliance leaders have been repeatedly denied permission to hold any rallies (although eventually the Oikyafront was given permission to hold its rally in Sylhet). Arrests of opposition activists and leaders under “ghost cases” have become routine. Vilification of opposition figures is being encouraged while the slightest criticism of ruling party leaders is being met with punitive measures. Cases under the draconian Article 57 of the ICT Act have been used to silence critics. Use of the Digital Security Act may soon begin, if it hasn’t already.

The government has already said that it will strictly monitor social media to filter and block “malicious and objectionable content” ahead of the elections. Needless to say, “monitoring” is merely a euphemism for “censorship”. What will be “allowed” and what will be “blocked” is not a technical decision, but a political choice. This has added a sense of fear to the prevailing situation marked by pressure on the media, widespread practice of “self-censorship” among journalists, and a growing number of extrajudicial killings and enforced disappearances. Taking all this into consideration, the central question regarding the election is not only about voting but about the overall political environment. Essentially, the question is whether a free, fair, inclusive, acceptable election can be held where authoritarian tendencies have been laid bare under a democratic pretense.

Oblivious to these developments, the Election Commission seems to be more concerned about the introduction of EVMs reportedly bought at exorbitant prices. Whether a fissure within the EC has emerged may be a matter of interpretation, but the demand of the ruling 14-party alliance that Mahbub Talukdar, an Election Commissioner, must resign due to his disagreement with CEC shows what kind of an EC is expected by the ruling alliance. The claims by the 14-party alliance that Talukdar has violated his “oath of secrecy” and by Election Commissioner Kabita Khanam that Talukdar’s proposal for bringing two ministries under the jurisdiction of the commission during polls is “unconstitutional,” are inaccurate. The current EC, which has failed to deliver acceptable elections in five city corporation polls, commands inadequate trust. Instead of taking measures to gain trust, the EC is heading in the opposite direction at full steam.

The prevailing political situation—even a cursory glance at it—shows that the environment is far from suitable for holding an inclusive election, let alone a free, fair and acceptable one. Often the government has alleged that the opposition, particularly the BNP, is unwilling to participate in the election; the same can’t be said about Oikya Jote or its leadership. Other opposition alliances, including the Left Democratic Front, have made it clear that they intend to participate, if a conducive environment is created. Many analysts, over the past four years, have criticised the BNP for its decision to boycott the 2014 elections, although they haven’t been equally critical of others who trod the same path. The BNP’s decision to join the alliance indicates, at least for now, its willingness to participate, perhaps even leaving Khaleda Zia, incarcerated.

Under the circumstances, feelings of uncertainty and anxiety among citizens are intensifying. The ruling party and the opposition appear to be moving on a collision course, thanks to the intransigent position of the ruling party. An unavoidable question is: Where do we go from here? Some may think that the status quo will continue and the nation will muddle through. Others want to see the situation get better. We do not have the answer to the question as to where we will go from here, but there is no way the nation can avoid asking the question.