So, a night of absolute terror preceded the glorified Night of Power this Ramadan. And it has left Dhaka in a stupor; in a dazed state of disbelief and heartbreak.

There is talk of vengeance in the air; and there is the call to patience. There are defenses of creed and vilification of entire traditions. There is evaluation of the response time and criticism of the PR spin on casualties. There are subtle attempts to claim some connection to the tragedy, by professing either geographic or personal proximity to the place, or the people involved. But what is missing is clarity. ‘Why did this happen? Why us?’

This is the intended effect of Terrorism.

This piece was written on July 03, 2016; so by now new developments will have been reported. Defense analysts will have speculated without end and media will have ceaselessly eulogized victims for the extra click. Claims will have been made about the alien beliefs and social standing of the attackers. Perhaps, our national response, by next week, will have been ‘business as usual’. Either way, it does not matter – because a new reality has been revealed to us, which exists and will continue to exist regardless of how we react to it. As Bangladesh mourns the victims of this attack, it must also mentally and strategically prepare for the next one.

A condemnation of the perpetrators, though socially warranted, is meaningless. It is self-serving. It is a symbolic shield against a real, unsheathed cutlass. Then again, the audience too is a victim in this and its need for venting, pontificating and consolation must not be ignored. However, this should not preclude a social response strategy, be it through community-based counterterrorism or through reclamation of traditional values.

But the other party central to staging a bloody spectacle must not be beyond reproach. Mainstream media’s performance during the night of terror has been outrageous and outstanding at the same time. Outrageous because reporters demonstrated zero professional training, no respect for tactical response preparations and little empathy for those thrust in harm’s way. What self-respecting reporter tries to interview injured policemen? What kind of a human being prioritizes ‘breaking’ hostage identities over protecting their lives? What kind of intellectual institutions don’t understand why televising security positions and tactical equipment may jeopardize security forces?

Media performance was also outstanding because reporters sensed the irrepressible public demand for inside scoops and gory details. Perhaps, this unholy interest in violence and death is universal: there is no denying that a violent spectacle on this scale is as inherently addictive as it is repulsive; that it triggers a macabre voyeurism, a certain brand of schadenfreude. Remember: when a thousand security experts mushroom all over the screens, Facebookers peddle new details and conspiracy theories and op-eds like this one start to frame and reframe the event – it is spurred on by the popular demand for meaning-making.

This is the target market for Terrorism.

The fourth wheel, so to speak, is the formal response system: comprising of researchers, strategists, intelligence agencies, anti-terrorism units and tactical equipment. Bangladeshi security forces acted with valiance. While their failure to prevent a heavily-armed squad’s entry into the heart of Dhaka may be baffling, and their initial lack of readiness criticized – there is no question that members of security forces put themselves in harm’s way when it mattered. The tragedy that transpired wasn’t from a lack of effort or dedication, but it may have been helped along by a lack of preparedness.

What may have been underwhelming was the management of information flow during this national crisis. It is strange that the media was allowed to broadcast from the scene for as long as it was. Despite the blackout, videos of trucks hauling military landing crafts were being telecast till after daybreak. On international media, there seemed to be little monitoring of or control over who was speaking for Bangladesh and in what capacity. As a result, US media, for example, managed to paint Bangladesh as ‘a failed state’, ‘right next to Pakistan’.

It is now easier to place Bangladesh in the radicalization map and the global Islamist Terrorism narrative. Doubtless, this broad shift has its roots in geopolitics. But when was there a scenario where an attack wouldn’t be politicized? Theories will fly. Political analysts will connect it to geopolitical ambitions of larger nations. Loyalists will find anti-liberation elements in the mix. The global audience will see a natural, geographic progression in terrorist tactics. The opposition will view it as a government failure and the voyeur horde will treat it as a juicy spectacle. There are those who will take it as a loss of this city’s innocence and breakdown of family structures, and yet others who will find in it the wrath of God. Each of these views is politically inspired and contributes something to the bearers’ individual/group interests.

For some years, we have seen the ‘War on Terror’ (WOT) manual being emulated in Bangladesh, where an ‘other’ is blamed for attacks on ‘us’ and the narrators retain exclusive right to the moral highground and legitimacy by controlling the interpretations. The tactic is to fight violence with greater violence, a questionable approach even when the enemy is an outsider. But could a Muslim majority country thus deal with violent radicalism? An important clue may have been revealed when RAB announced its intention to negotiate with the gunmen at Holey Artisan Bakery, a departure from WOT response protocol.

Perhaps, academics and security strategists should revisit if the Bush-administration’s tactics are adequate or even suitable for Bangladesh. To illustrate, there are cases where a single individual was connected (or separated by a degree) on social media to both victims and alleged terrorists. It would appear that the gunmen lived and breathed much closer than we expect(ed). Their socioeconomic status, social environment and operational tactics were also markedly different from that of ‘sleeper cells’ involved in recent targeted killings. These young men didn’t travel to Dhaka from far-flung districts, only to flee once they had struck. They grew up among us. They played with us on our fields. And then, something led them to that fateful night of terror. By then, they had crossed an invisible threshold and had no demands or statements left to make. Bloodshed was the only statement. This is not a language that we understand, but the gravity of the contents is lost on no one. Also not lost is that fact that such ideologies cannot germinate without nurturing.

Bangladesh is not a fertile breeding ground for radicalism. The key word here is ‘fertile’. There is no historical resentment or unjust wars, as there are in Iraq or Afghanistan. There are no ‘infidel rulers’ or sectarian conflicts. However, there are indeed young minds ready to be molded and influenced. And there is a glaring lack of exemplary role models. There seem to be social cracks, where tender emotions are being smelted into violent hatred. This is where social response must start.

Let me end with a little story. Family sources say that when one of the boys held hostage was spared his life [he could recite holy verses], he refused to leave without his two [foreign] friends. He demanded that the friends too be allowed to leave, and when refused, stayed back in that inferno. In the end, he paid the price with his life; but not before setting an example of and for us all. Let this boy remind us that at the end of the day, there’s no morality without courage, and no righteousness without mercy.

This article first appeared on AlalODulal.org. 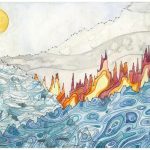 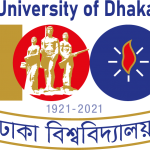